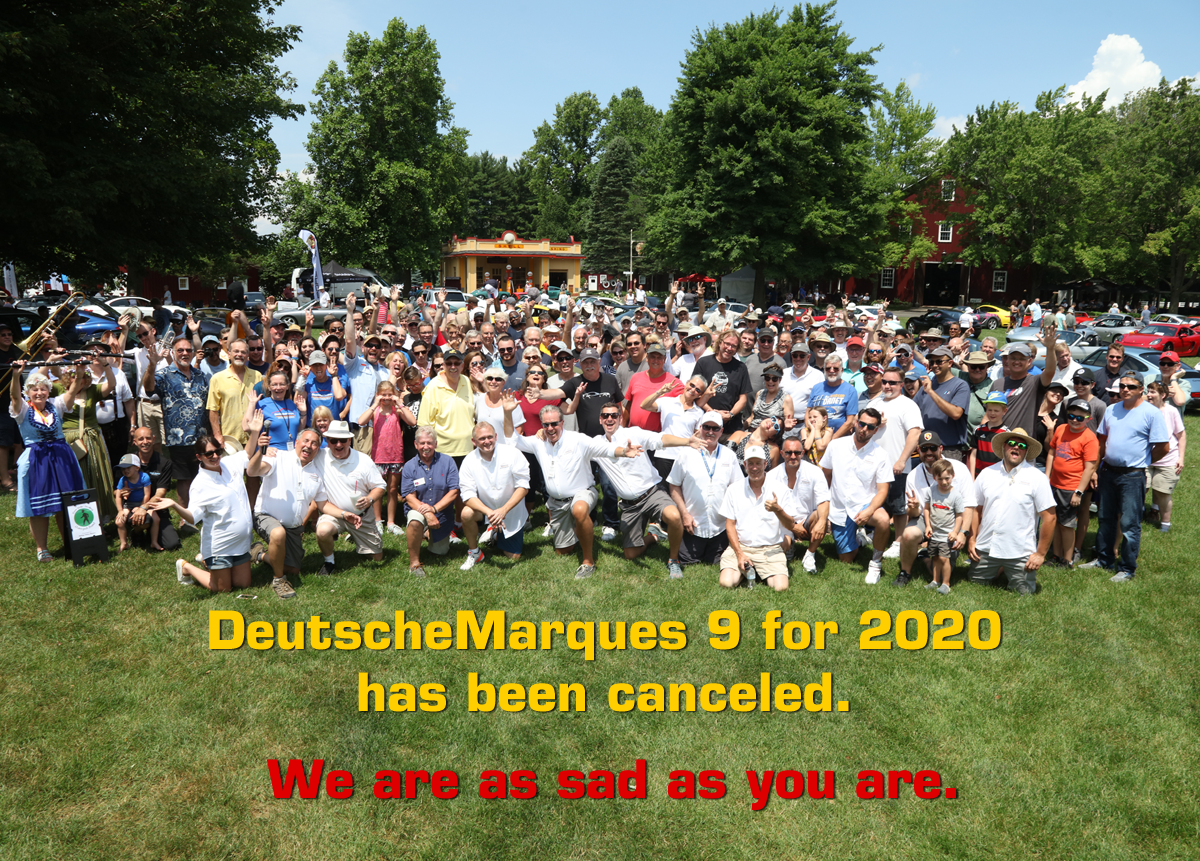 The people who bring DeutscheMarques to you are sad to have canceled the 2020 show.

By Bradley S. Pines
DeutscheMarquesAG.com
(Click on images to enlarge)

Six Best in Show trophies were awarded by the panel of judges during the inaugural DeutscheMarques German auto event at the Gilmore Car Museum under scorching hot skies on July 7, 2012.


Terry Schieble of Portage, Michigan, will see his name engraved first onto the Delta Porsche Cup as his classic 1967 Porsche 911S was named Best in Show Porsche. The tall gold trophy will be on display in the Grand Rapids Porsche dealer’s showroom. Schieble says his red sports car is an original S model and has some 150,000 miles on the clock. Many of those at speed at during hot laps of Road America, Blackhawk Farms and other road course race tracks. Schieble is a longtime member of the Porsche Club of America and is the veteran Chief Driving Instructor of the West Michigan Region of the P.C.A.


Hector Orlandi, of Kalamazoo, will see his name as the first engraved on the Harold Zeigler Trophy after his 1958 BMW 600 was named Best in Show BMW. The car, which only has 27,000 miles, is in original condition. The tiny yellow car sports a 582cc boxer two-cylinder air-cooled engine from the R50 motorcycle producing only 23 horsepower. Developed from the smaller Isetta, the 600 has seats for four with the door at the front of the vehicle. A fully restored similar BMW 600 sold at auction in 2010 for $74,250 with buyer’s premium.
Jon and Jan Smucker may travel from their home in Goshen, Indiana to Kalamazoo to see their names engraved first on the silver Orrin B. Hayes Cup. Their crystal Best in Show Mercedes-Benz trophy is theirs to keep next to the 1970 Mercedes-Benz 280SL they’ve owned for four years. The beautiful gray roadster features red leather interior, a 2.8 liter ohv inline six-cylinder engine and was rated with a 0-60 time of 9.3 seconds and a top speed of 121 mph.
Joel Phillips of Kalamazoo was awarded Best of Show Audi for his 1995 Audi S6. He says his car has had a rebuild including its 3071 turbo. The sleek all-wheel-drive sedan, which has travelled 114,000 miles, is the high performance sport model of the executive A6. The engine is a 2.2 liter inline five-cylinder turbo and was rated with a quick 0-62.1 mph sprint in 6.7 seconds and a top speed of 146 mph.
William Chapple of Marshall took home a crystal Best in Show Volkswagen trophy for his 1968 Karmann Ghia droptop. It’s run some 101,000 miles and Chapple says he’s owned the classic green beauty for 19 years. Chapple is a member of the Michigan Vintage Volkswagen Club. The Karmann Ghia is based on the standard VW Beetle chassis and also shared its air-cooled flat four-cylinder engine. Agent 86 of CONTROL, Maxwell Smart, drove one on the classic TV spy spoof series, “Get Smart.”
Gloria and James Tiller of Kalamazoo were in the right class when they won Best in Show in the Other German Marques category. Their 1966 Amphicar 770 is in a class of its own, as both a car and a boat. The plate on the stern says it all “I FLOAT.” First introduced in 1961, the German vehicle is powered by a Triumph 1147 cc four-cylinder producing only 38.3 bhp. With top speeds of 7 knots in the water and about 70 mph, one owner was quoted as saying, “We like to think of it as the fastest car on the water and the fastest boat on the road.” Only 3,878 were produced. Gloria and James Tiller own and operate two Kzoo Books new and used bookshops in Kalamazoo.