Hundreds of German cars and thousands of visitors descended upon the Gilmore Car Museum in Hickory Corners, Michigan for the Fifth Annual DeutscheMarques car show on July 9, 2016. The weather was beautiful and in spite of an additional 3,000 people arriving to run in a crazy 5K inflatable run, the GCM staff moved the cars smoothly onto the field.

As always, there were some spectacular vehicles in the field. A 1970 Porsche 911 factory-built rally car was presented by Tom Ripley. Said to be the winningest European rally car, it has won the Austrian Alps Rally, RAC Rally in England, the Monte Carlo Rally, the Tour de France Rally (yes, the one with CARS), and has been raced by every significant LeMans race car driver, including Jurgen Barth.

Darren Draves displayed his beautiful 2005 Porsche Carrera GT. On his registration, Darren noted the car is "bone stock." After looking it over, it's hard to imagine how it might be improved.

A 1957 BMW Isetta drew a lot of attention from the admiring crowd and received a special Judge's Award. Owner Ron Lindoo of Ann Arbor noted that the car is "small...really small."

Chief DeutscheMarques judge Marv Berkowitz took home the "Cleanest Concours Car" award for his absolutely immaculate 2011 E 550W. His meticulous attention to detail was shared with the judges before they made their rounds.

Our growing Audi contingent was well-represented. Nathan Lantzy snagged two awards for his red 2010 Audi S5, garnering both "Best of the 2010s" and "Cleanest Concours Car" for that exciting marque.

The most coveted "Best in Show" crystal trophy was awarded to one car in each marque. The proud winners were:
Presented by

Posted by DeutscheMarques at 12:17 PM

Here are the Orrin B. Hayes Mercedes-Benz award winners:

Here are the Audi award winners:

Here are the Volkswagen award winners:

Posted by DeutscheMarques at 11:29 AM 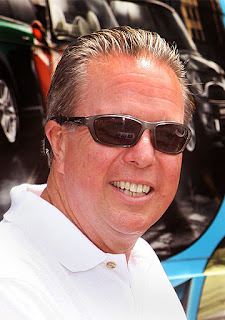 Listen to DeutscheMarques founder Pete Hamlett talk about this Saturday's fifth anniversary gathering at the Gilmore Car Museum on WOOD and WVFM:

While listening, you'll enjoy a slideshow of event images taken by John A. Lacko (www.lackophoto.com), our official DeutscheMarques Auto Group photographer.
Posted by DeutscheMarques at 8:15 PM