Did you wonder how many cars in your favorite marque made the show? Here's the 2017 breakdown. 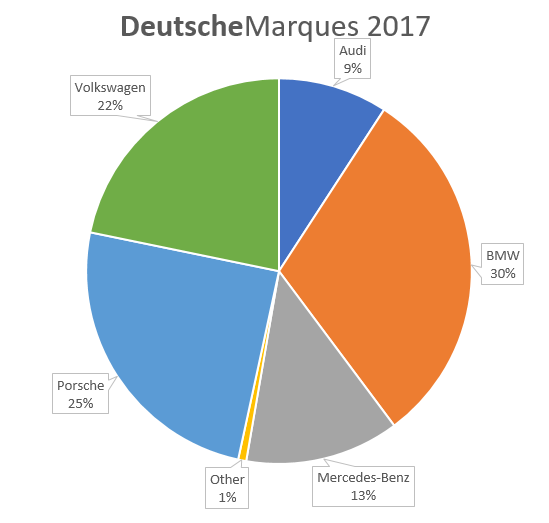 Posted by DeutscheMarques at 2:46 PM 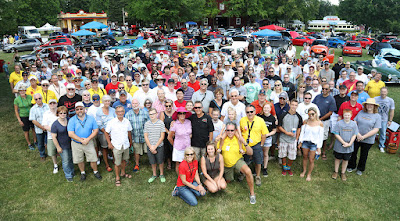 Our sixth annual show set new records! Over 300 German cars from five states and thousands of visitors descended upon the Gilmore Car Museum in Hickory Corners, Michigan for the Sixth Annual DeutscheMarques car show on July 8, 2017. The weather could not have been more beautiful - mid-70s, low humidity and less than a 10% change of rain. The Garage Queens came out in force, to set a new record, making DeutscheMarques the largest German car show in the Midwest!

As always, there were some spectacular vehicles in the field. A local collector provided three stunning late 50s/ early 60s Mercedes-Benz'. But the show stopper was a 1965 Porsche 356 cabriolet once owned by Janis Joplin. This psychedelic vehicle attracted droves of people. 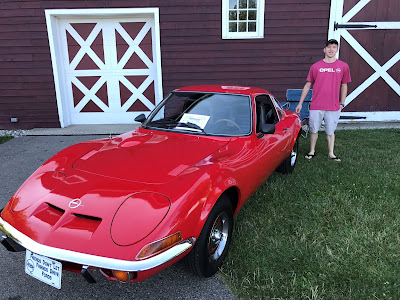 This year, we had two Opel's join us in the "Other" category. They are talking about increasing their numbers. If they do, we'll create an Opel category to join the Audi, BMW, Porsche, Mercedes, and Volkswagen marques.

The Best in Show winners received beautiful crystal trophies and were cheered by an appreciative crowd. 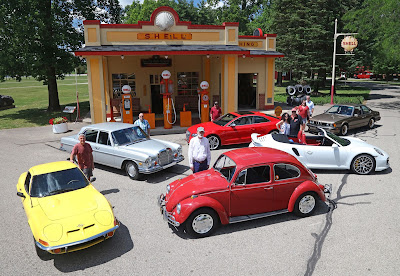 The coveted "Best in Show" crystal trophy was awarded to one car in each marque. The proud winners were:

Posted by DeutscheMarques at 2:27 PM