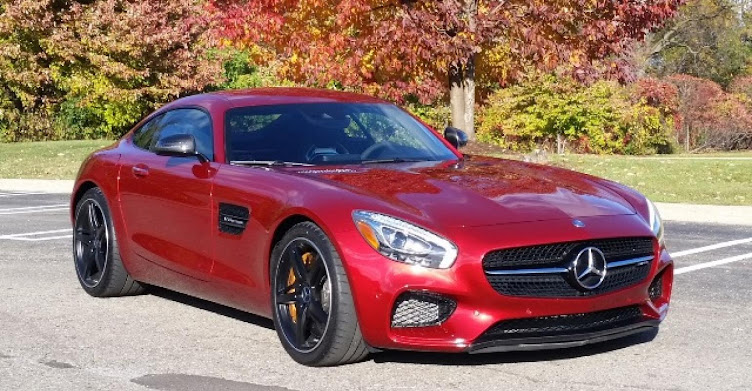 by Bradley S. Pines
DeutcheMarquesAG.com
The competition was as hot as the scorching temps to be the first name engraved on The Zeigler BMW Trophy. Only the Best in Show BMW winner would have that honor.
During the inaugural DeutscheMarques German auto event at the Gilmore Car Museum on July 7 Harold Zeigler BMW of Kalamazoo was the event’s exclusive BMW dealer sponsor. The tall winged trophy was given in their name.

Many BMWs, a large number of them owned by members of the Michiana Chapter of the BMW Car Club of America, filled the show field of 88 examples of German automotive engineering. Bimmers, from a tiny two-cylinder classic to a gleaming white V12 coupe, were displayed by their proud local owners.

Zeigler BMW client advisors Shane Thompson and Andy Cone were on hand to display several brand-new BMWs, answer questions, and hand out gifts with an event logo on them.

A panel of six judges, including the Michiana BMW CCA Chapter’s President, Harvey Nuttal, Lindsay Draime, membership chair and past president, and Gary Apps, a longtime chapter member, chose the award winners. So that the judges could enter their cars, the BMWs were judged by Marv Berkowitz, President of the Mercedes-Benz Club of America’s Michigan Section, Michael Betz, the West Michigan Region of the Porsche Club of America, and John A. Lacko, well-known automotive expert, photographer, and former member of the PCA, BMW CCA and KAZOOM.

The tiny, yellow, two-cylinder 1958 BMW 600 owned by Hector Orlandi of Kalamazoo, was named Best in Show BMW, and Orlandi’s name may be seen on The Zeigler BMW Trophy soon to be on display in the Kalamazoo dealer’s showroom. Orlandi took home a beautiful crystal Best in Show trophy.

Best BMW of the 1990s was awarded to Austin Floyd of Portage, another Michiana member, for his Dakar yellow 1999 M Roadster. Scott Gerding of Perry, won both Best BMW of the 1980s and Cleanest BMW with his 1988 M3 with only 19.5k on the clock. The 1991 850ci V12 coupe owned by Gary Apps of Kalamazoo won Best Classic BMW, Jim Prihoda of Richland had his 2001 BMW 525i Touring named Best BMW Daily Driver. Tom Bordan of East Lansing, another Michiana member, was recognized as Most Miles on a BMW with his white 1980 633csi with an amazing 206k.

DeutscheMarques founder Pete “PJ” Hamlett’s gleaming blue 535i received both Best 21st Century BMW and Best Special Feature for his very, very low profile tires. The judges’ Special BMW Award went to the red 1998 M3 that collected a poor little bird on its way to being the first arrival at the 2012 DeutscheMarques event. It is owned by your reporter, another Michiana member.
Thanks to event sponsors Harold Zeigler BMW of Kalamazoo, Delta Porsche of Grand Rapids and Orrin B. Hayes Mercedes-Benz of Kalamazoo, area BMW owners took home ten awards in all. Click on their names, or on the links at right, to go to the sponsor websites. When choosing your next new or preowned German car, please buy local and support the dealers who've supported local German car enthusiasts.

A picture gallery with all of the images from the event not yet published may be found here:
http://bradleyspines.smugmug.com/Cars/DeutscheMarques

Other picture galleries may be found on the right side of the website.
Posted by DeutscheMarques at 4:19 PM